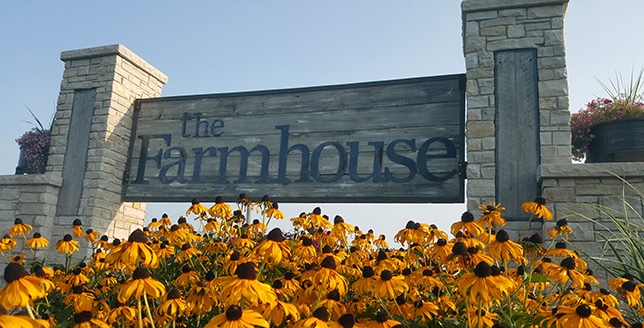 The Farmhouse was originally owned by Henry Weinhold and Susan Grill, who married on October 17th, 1882. They raised 9 children who all called The Farmhouse home.

Howard Weinhold and his wife Isabelle raised their 7 children on the property, enjoying their happy home from 1952 until the property was sold in 2013. Originally, the property encompassed thousands of farm acres in Plainfield, but over the years most of the acreage was sold to housing developments. 10 acres remain, which is where the original limestone farmhouse and German-style barn still stand, as well as a number of outbuildings.

The limestone German design barn is one of the few remaining stone barns still standing in Illinois.